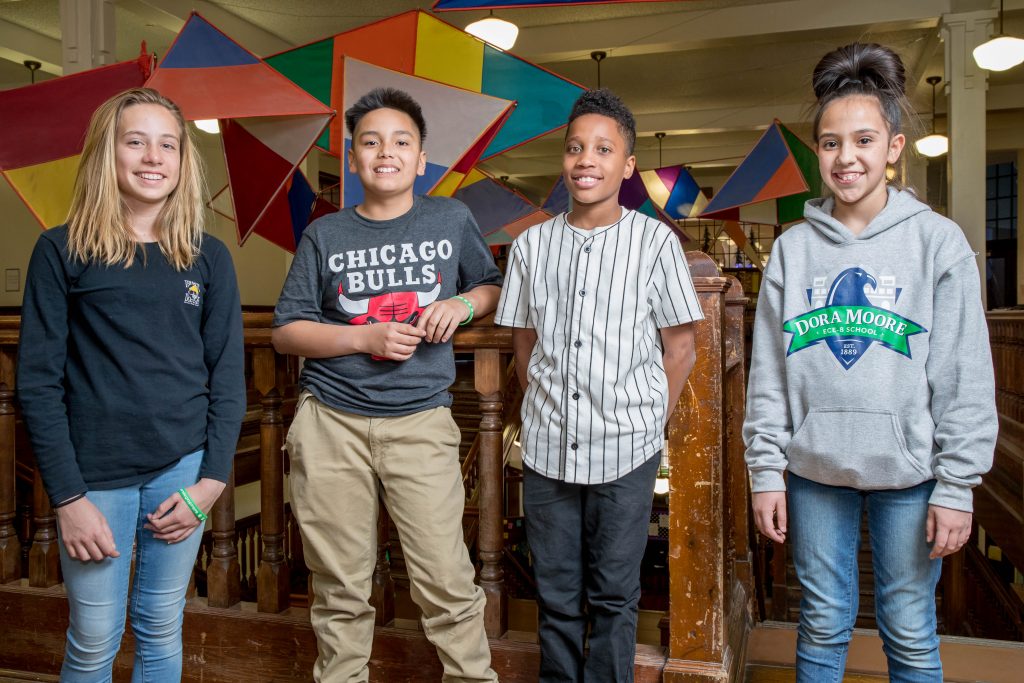 Due to the pandemic, the Enrollment Centers are open at limited capacity. Call 720-423-3493 or email schoolchoice@dpsk12.org with questions.

DPS sent out nearly 27,000 emails and text messages notifying our families of their students’ school placements for 2020-21.

Very high “match” rates again highlighted last spring’s SchoolChoice enrollment, with 91% of incoming kindergarteners and 96% of incoming sixth-graders placed in their first-, second- or third-choice schools. Incoming ninth-graders were placed in one of their top three choices 95% of the time.

Match rates for first or second choices were also strong: 88% percent of kindergarteners, 95% of sixth-graders and 93% of ninth-graders were placed in one of their top two school choices.

Eighty-four percent of our “transition-grade” students were placed in their No. 1-choice school.

SchoolChoice provides all DPS students a transparent and simplified enrollment process for all of our schools. Families rank their school preferences on our online application during the month-long Choice window. This year, that window was Jan. 15-Feb. 18.

Once the window closes, DPS runs a computer algorithm designed to maximize the number of students getting their most-preferred option, subject to availability. The system is based on the 2012-Nobel Prize-winning work of Stanford and Harvard professor Dr. Alvin Roth.

Colorado has long been an “open enrollment” state. SchoolChoice improves on open enrollment by simplifying the process to allow families to use one application with one deadline, giving them more equitable access to the schools they think are best for their student.

DPS is one of the only large districts in the country in which virtually all its schools, whether traditional, innovation or charter, participate in its choice program. Prior to 2011-12, families had to complete different applications for different schools on different timelines.

SchoolChoice is primarily for families with students who will be transitioning into a new school next year, including those entering kindergarten, middle school and high school. This year, 81% of kinder, sixth- and ninth-grade students took part in SchoolChoice.

The process is also open to families who are not necessarily in a transition year but would like the opportunity to choose a new school for their student.

SchoolChoice enrollment is not limited to the Round 1 window. Round 2 of SchoolChoice begins April 6 and will provide opportunities for families who did not participate in Round 1, who participated in Round 1 but want to re-explore their options, or who are new to DPS.

Families with questions on their results or any Choice topic can call 720-423-3493 or email schoolchoice@dpsk12.org.